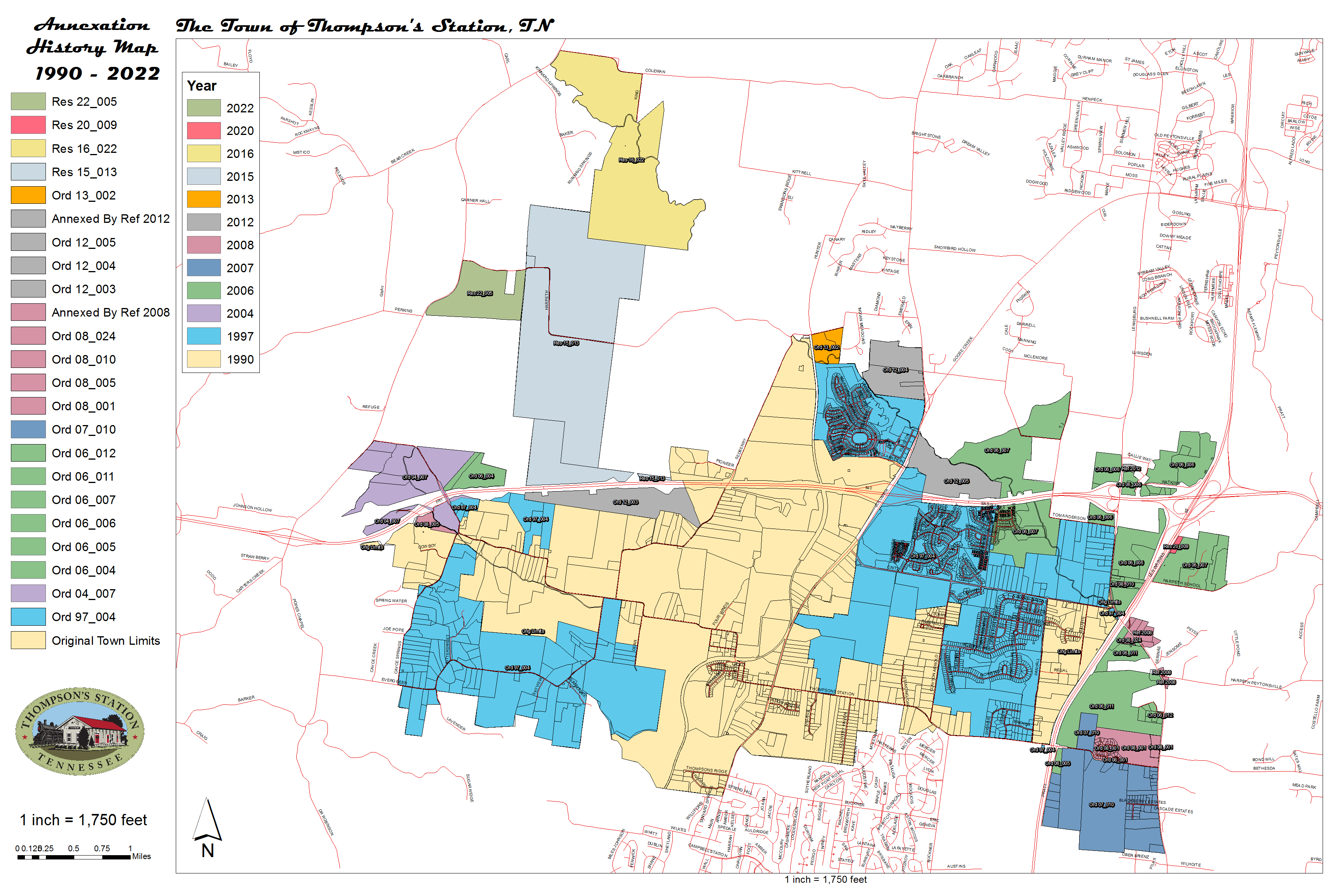 The map above shows the town annexations chronologically by ordinance and referendum.  (example: Ord 06_004 is an annexation ordinance from 2006 and was the fourth ordinance of the year)  Annexations are grouped by color and year.

1990 - The original Town boundary was created, including property from I-65 to Cowboy Ln.

1997 (Ord 97_004) - Large cuts of land were annexed to the Southwest and East, including future subdivision land for Tollgate Village, Fields of Canterbury, Bridgemore Village and Pecan Hills.