THE BASICS: Leveraging a historic past for a 21st century future.

Thompson's Station traces its origins to the 18th century and its role in Middle Tennessee's economy to the great railroad era of the 1800s.  Now comes projected population and job growth likely to make the region among the most dynamic in the nation over the next quarter-century.  Next Stop: Thompson's Station tries to make sure the growth we capture is in character with who we are and what we value.

We have a pretty good idea of the opportunities that we, as a community, want to seize.  Principally: An appropriate share of the dramatic growth in population and jobs predicted for the Nashville region.  And we know what we want to avoid: The kinds of sprawling and disconnected development that damages the rural landscape, demands enormous infrastructure investment and requires anybody who wants to get anywhere to endure commuting hassles among the worst in the US.

So how do we get there?

One of the big steps is getting our regulatory framework in line with our ambitions.  And we've taken that step together in a public workshop in March 2015.  The idea behind the whole effort is to get ahead of what we know to be coming and to take advantage of lessons learned from communities in our broader region and elsewhere that allowed sprawling development to overwhelm them.

The sort of regulations we want are ones that enable the kinds of places we admire.  That means zoning and others rules that allow for ways of getting around beyond just automobiles. And it means helping to create closer connections between where people live and where they work, shop and play.

Together, we're taking a close look at the regulatory framework for channeling future growth in Thompson's Station. That means, first of all, evaluating current ordinances for their relevance to our goals as a community.  Then, we'll update the whole package of rules to maximize our chances to not only capture our share of expected growth but to also encourage growth in ways that fit with our rural town character and spread its benefits broadly.

WHY ARE WE DOING THIS?

By 2035, according to the Nashville Area Metropolitan Planning Organization (MPO) analyses, the 10-county region is expected to be home to as many people as in the Denver region now.  The four-county sub-region that includes Williamson County is expected to account for approximately 40% of the total residential growth and a third of the employment growth over the next 25 years.

Of course, all that growth brings not only the potential for better opportunities for more choices, it also adds to the pressures to do a better job with transportation and land use policies. We want good jobs and new options for residential living, but not at the expense of even longer and more congested commutes between daily tasks. And we want to avoid degradation of the rural environment that’s among the top attractions of living and working in Thompson’s Station. 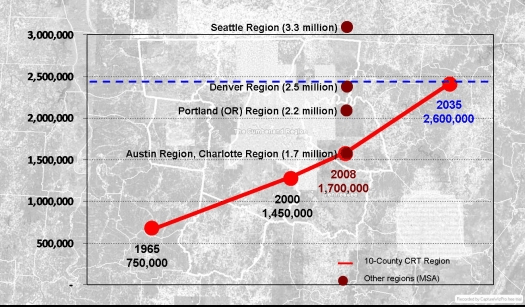 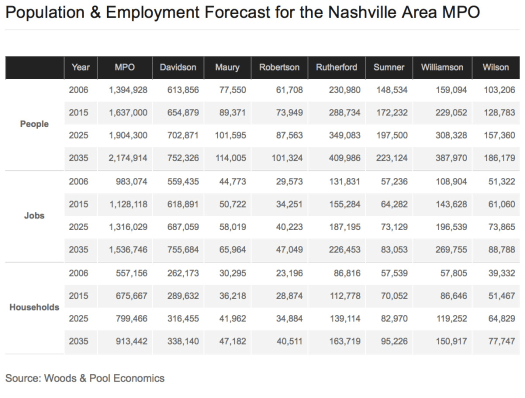 HOW WAS IT DONE?

How do we get the strategies right for welcoming growth and for harnessing it in ways that preserve and enhance what we value?
The Town issued a Request for Qualifications for consultants experienced in just the sort of regulatory frameworks we want, ones that enable the kinds of growth we want. The consulting firm of PlaceMakers, LLC  was chosen to assemble a team of experts. And they facilitated a public discussion to make sure we aligned goals and regulatory strategies and then drafting ordinances, including but not limited to a new zoning ordinance, to implement those strategies.

WHEN DID EVERYTHING TAKE PLACE?

The process began in February, with the PlaceMakers team talking to Thompson’s Station staff and elected officials and researching current ordinances, reports and studies.  The concentrated collaboration occurred during a four-day workshop that began on March 9, 2015 and continued through a concluding presentation on March 12.  The first couple days of the workshop, we drilled down more deeply on specific topics with citizens, property owners, business people, staff experts and others. Three general presentations and comment sessions were held along with give-and-take discussions. 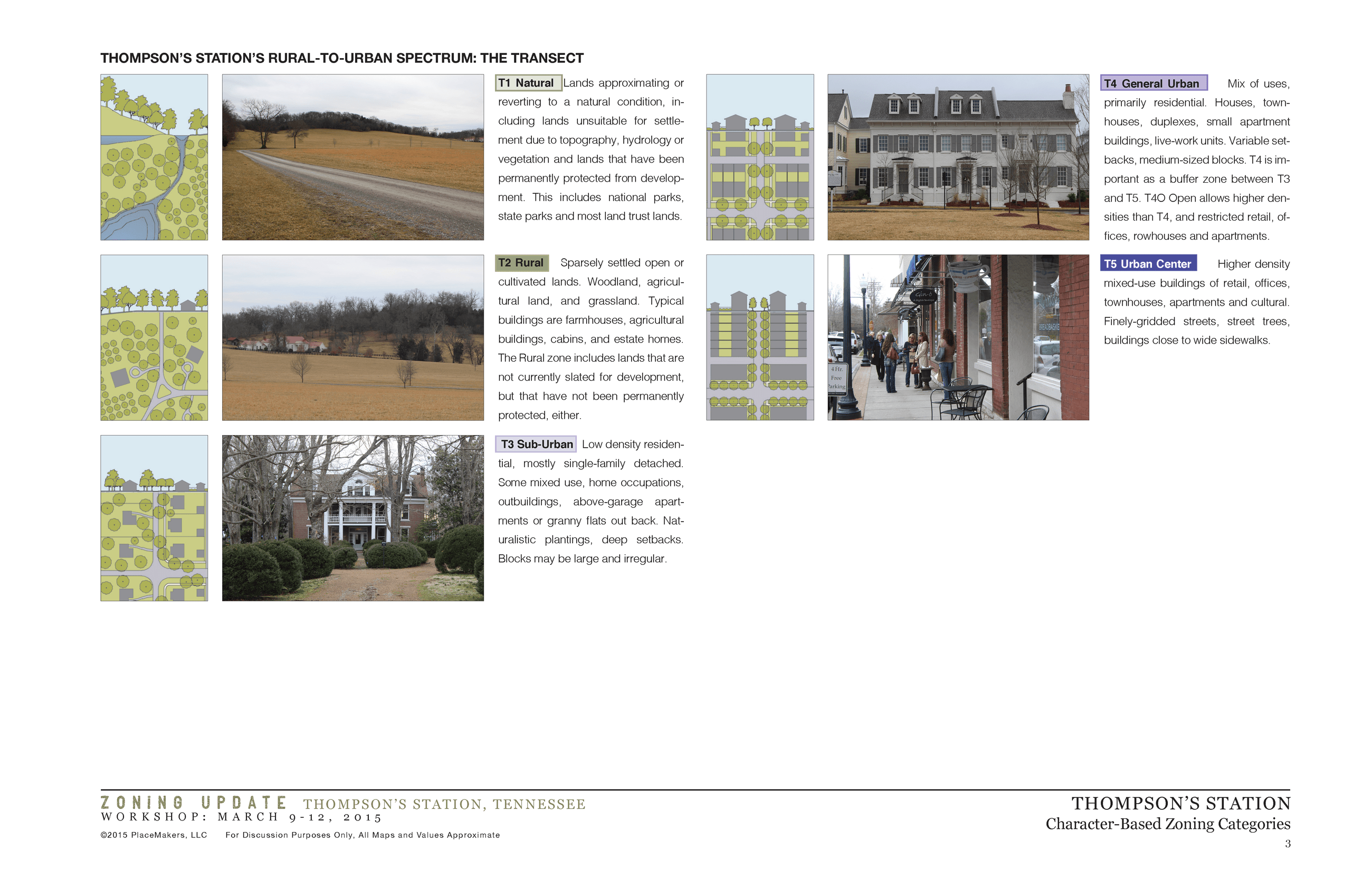