Create an Account - Increase your productivity, customize your experience, and engage in information you care about.

Thompson’s Station spans over 21 square miles of incorporated land.  Within that area are over 75 miles of roadways including interstates, state routes, collector roads, local roads and private roads.  Of these roads, the Town maintains less than half excluding Interstates 65 and 840 as well as State Routes Columbia and Lewisburg Pike that are maintained by the State and County as well as private roads.  Within developments still being built, roadways that have not been turned over to the Town are the responsibility of the developer.

The entire length of Critz Lane, approximately 2 miles, between Columbia Pike and Lewisburg Pike will be widened to accommodate the increased traffic and provide a safer roadway.

A Major Thoroughfare Plan (MTP) is a long-range plan that shows a vision for the Town’s transportation network. It provides guidance for future growth and is a regulatory plan for public investments and future improvements to roads, sidewalks, and multimodal facilities.

State Route 6, also known as Columbia Pike, Highway 31 and Main Street in Spring Hill, has been identified by the Tennessee Department of Transportation as an area that needs to be addressed due to the continuing population expansion in Middle Tennessee.  TDOT has come up with concept plans for the widening of Hwy 31 to 4 lanes starting in Franklin and extending south through Thompson's Station and into Spring Hill. 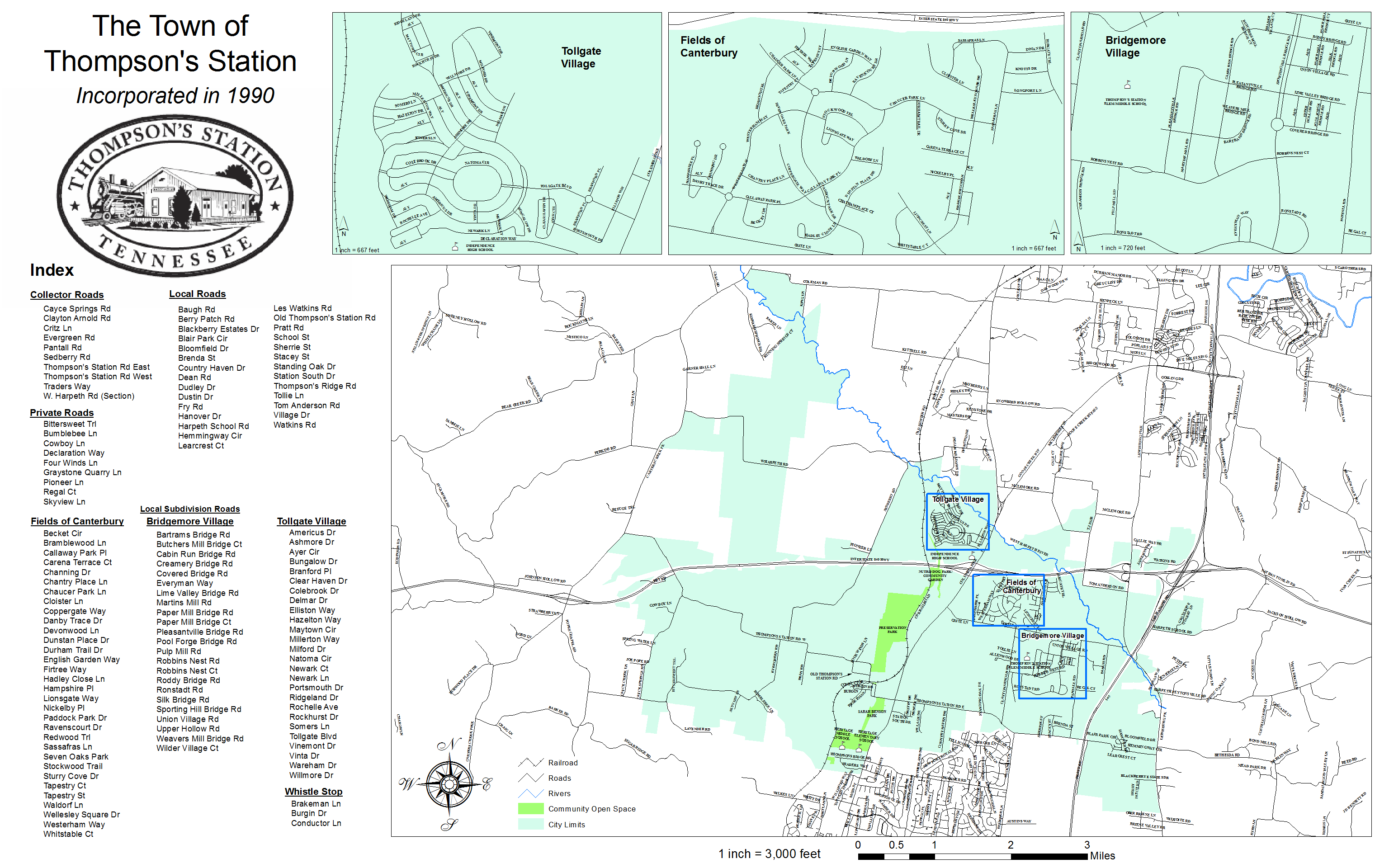